A must-see in the area, The John & Mable Ringling Museum of Art is a true cornerstone of Sarasota and her island's history. It encompasses all that is trademark to the area - world-class artistic expressions, outdoor ambiance, colorful gardens and breathtaking water views. Originally built as a summer home for John & Mable Ringling of the Ringling Brothers Circus, this attraction spot welcomes over 500,000 visitors each year.

While traveling through Europe in search of acts for his circus, John Ringling, in the spirit of America’s wealthiest Gilded Age industrialists, began acquiring art and gradually built a significant collection. The more he collected, the more passionate and voracious a collector he became, educating himself and working with dealers such as Julius Bohler. He began buying and devouring art books – that would become the foundation of the Ringling Art Library.

Soon after the completion of Ca’ d’Zan, John built a 21-gallery museum modeled on the Florentine Uffizi Gallery to house his treasure trove of paintings and art objects, highlighted by his collection of Old Masters, including Velazquez, Poussin, van Dyke and Rubens. The result is the museum and a courtyard filled with replicas of Greek and Roman sculpture, including a bronze cast of Michelangelo’s David.

John opened the Museum of Art to the public in 1931, two years after the death of his beloved Mable, saying he hoped it would “promote education and art appreciation, especially among our young people.” Five years later, upon his death, Ringling bequeathed it to the people of Florida. 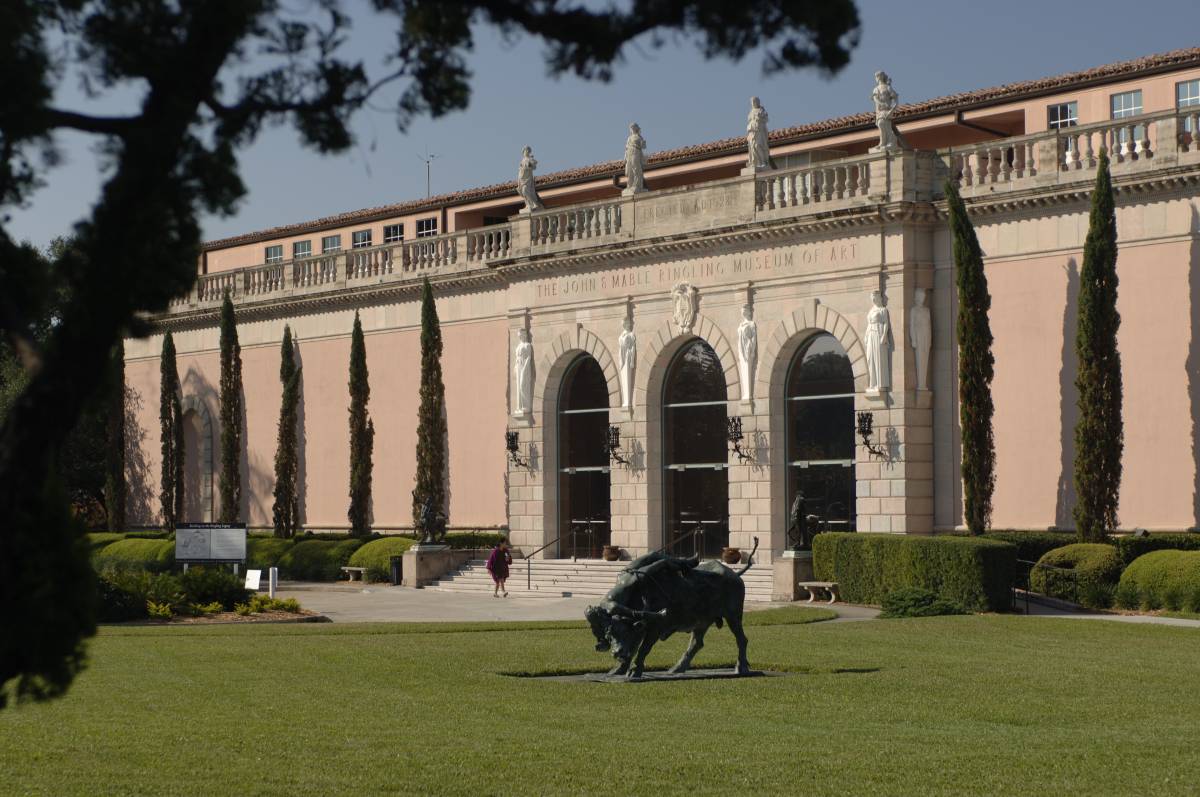